On the afternoon of September 16, 1992, I took a taxi from Goldman Sachs’ European headquarters in London to Heathrow Airport to catch a flight to Frankfurt. As we passed Buckingham Palace, my phone rang.

A journalist from the German financial daily Borsenzeitung asked me if I expected the British authorities to succeed in defending the exchange rate of the pound in the exchange rate mechanism of the European monetary system. The pound had only joined this mechanism two years earlier and had come under heavy selling pressure against the Deutsche Mark. While Chancellor of the Exchequer Norman Lamont’s pledge to do “everything necessary” to defend the pound still rings in my ears, I said the authorities would fend off speculators.

When I got to work early the next day, I heard on the radio that the pound was missing from the ERM. The decision had been made in the evening. When I arrived at the office, I found a copy of Borsenzeitung on my desk. The front page was dedicated to the “battle for the pound” with a quote from me placed prominently in the article: “Mayer expects the pound to hold firm”. Thanks to an early editorial deadline for the paper, it wasn’t the best day of my career.

Perhaps one must have lived through the battle for the pound, which led to other battles for other currencies, not to be convinced of the European Central Bank’s latest invention aimed at preventing market forces from explode the Economic and Monetary Union, successor to the European Monetary System. The ECB’s transmission protection instrument adds another element to the alphabet soup of central bank monetary policy instruments.

The TPI reminds me of the shut-off device for cleaning exhaust gases in combustion engines. Purification is automatically disabled at certain air temperatures. With the TPI, market forces can be turned off by the ECB via intervention if the interest rate differential of highly indebted euro countries versus German government bonds exceeds a certain limit, which the ECB will likely keep secret. The exhaust purification system defeat device worked perfectly technically and only caused offense when it was discovered. I’m not sure about the TPI.

The reason for this is that this instrument has disturbing similarities with the ERM, where the chaining of exchange rates of structurally different countries of the European Union has led to recurring crises, of which Black Wednesday was only one among so many others. Time and time again, speculators sold forward what they saw as overvalued currencies against the D-mark. And again and again, the central banks concerned tried to defend their currencies, which were under pressure, by raising interest rates – sometimes to extreme levels. As it was a poison for the economy, they could not hold out for long and the speculators won.

Unlike the ERM, the intervention limits set by the ECB for the TPI on the bond market are not known. What is clear, however, is that spreads (interest rate differentials against Bunds) should not get too big. Since 2018, the ECB seems to want to keep the Italian spread well below three percentage points. Speculators could therefore predict that a forward sale of 10-year Italian government bonds against bunds would cost no more than 3% on an annual basis. That’s peanuts compared to penalty interest rates in the ERM, which were temporarily set at annual rates of 15% on Black Wednesday and even 500% to defend the Swedish krona. So today it seems cheap to bet on Italy leaving EMU if Italian politics descends into chaos after the September 25 election.

The TPI is one of many instruments to counter the fragmentation of the euro area (others are outright currency transactions and the “flexible reinvestment” of maturing bonds acquired under the purchase program emergency in the event of a pandemic). But fragmentation of what? If the objective is to ensure an equal transmission of monetary policy, the focus should be on the money market, where monetary policy develops its effects. But the TPI targets public securities “with a residual term of between one and 10 years”. This raises strong suspicion that the TPI is in fact a clandestine instrument to provide monetary funding to governments in need.

The activation of the TPI is linked to the condition that the country under pressure does not suffer from imbalances and economic distortions. But, if so, it would be very surprising if the market widened the gap. Activating the TPI to limit spreads would only be possible if market participants behaved completely irrationally. However, market participants are much more likely to sell bonds for good reasons. Then, the ECB can only activate the TPI if it disregards the conditions that are specifically set for it. We can assume that the ECB will not hesitate to do so if it is politically expedient.

Most likely, national central banks will buy their own governments’ bonds when the TPI is activated to control spreads, as they did under the public sector purchase program. Conventional wisdom dictates that they therefore bear the investment risk. But this is only apparently true. In reality, the sellers of the bonds transfer the money they receive to the country of refuge, ie Germany. In turn, Germany obtains a claim on the Eurosystem in the interbank payment system, Target-2, and Germany ends up bearing most of the risk of the breakup of EMU.

Like the ERM, the TPI is therefore likely to reach a breaking point if the flight from risky bonds becomes massive. For example, speculative forward sales of Italian government bonds could cause panic among holders of those bonds. If they send the sales proceeds to Germany, Target-2’s sales will explode. Already today, Italy owes more than 600 billion euros to this system, while Germany has debts amounting to 1.2 billion euros (Chart 1). Bond purchases by the Banca d’Italia under the ECB’s asset purchase programs have been the main reason for the increase in Italy’s Target-2 liabilities in recent years.

Figure 2. Target-2 balances in the Eurosystem 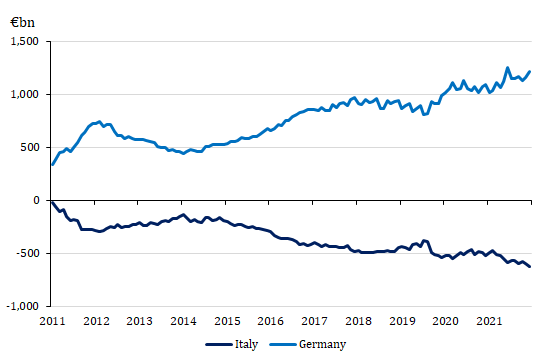 Of the 2.8 billion euros of Italian public debt, 740 billion euros are already on the balance sheet of the Eurosystem, almost all of which is held by the Banca d’Italia. If the Banca d’Italia were to repurchase that much again, Italy’s Target-2 liabilities could well exceed the trillion threshold and Germany’s claims could exceed €2 trillion (Chart 2). The share of Target-2 claims in Germany’s net foreign assets could increase from around 46% today to almost 100%. In other words, almost all of Germany’s net foreign assets – and not just less than half as today – could disappear if EMU bursts.

In the ERM crisis, governments under pressure have finally pulled the trigger. Today, it would fall to Germany if its exposure to financial risk vis-à-vis EMU got out of hand. But the government in Berlin will be more inclined to close its eyes and pray.

Previous The temporary exhaustion of globalization

Next Exploring social and ethical aspects of microbiome engineering 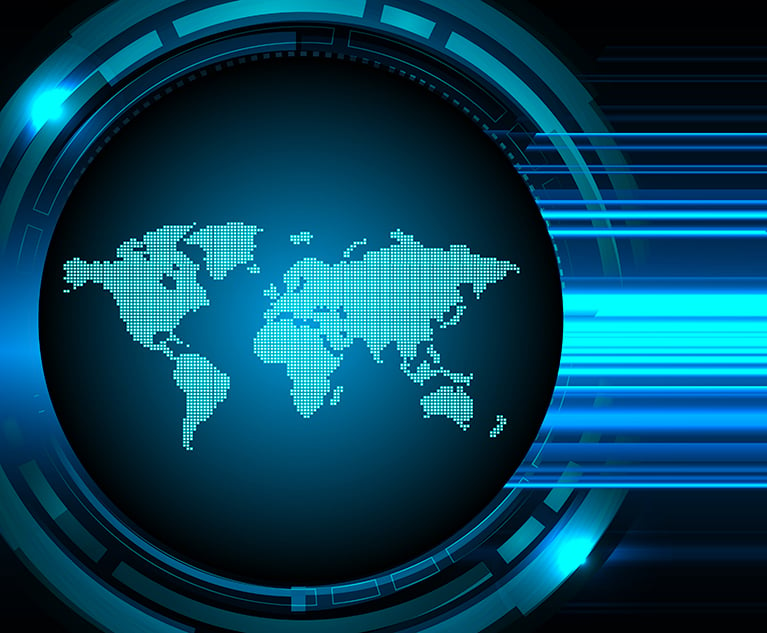