Egypt’s current account deficit remained virtually unchanged at $13.6 billion in the first three quarters (July/March) of fiscal year 2021/22, despite the $3 billion increase in the resulting trade balance deficit of $14.9 billion. increase in imports of goods (oil and non-oil).

The widening trade deficit primarily reflects the unprecedented inflationary waves currently sweeping the world as sectors that had been discouraged by the COVID-19 pandemic have returned to business as usual. In addition, the adverse effects of the Russian-Ukrainian crisis, which coincided with Western sanctions against Russia, drove fuel and commodity prices to unprecedented levels. This has led many countries to tighten their monetary policies to contain inflation.

The global economy suffered the ramifications of the Russian-Ukrainian war, and Egypt was no exception. In addition to rising imports amid escalating global prices, the economy has been affected by large-scale portfolio outflows by foreign investors who transparently exited the market. This resulted in lower net inflows into the capital and financial account, resulting in an overall balance of payments deficit of $7.3 billion, most of which was recorded in January/March 2022.

Factors that had a negative impact on the current account:

The non-oil trade deficit widened by 22.5% to around $37.7 billion (compared to $30.7 billion in the corresponding period); as the increase in non-oil imports exceeded that of non-oil exports, as illustrated below:

Non-oil merchandise imports rose $11.7 billion to $57.1 billion. The increase was concentrated in imports of production inputs, such as propylene polymers, inorganic and organic compounds and cast iron; agricultural crops, mainly soybeans, corn and wheat due to higher world prices; medications; pharmaceutical preparations; gauze pads; and vaccines in light of state efforts to combat the COVID-19 pandemic.

The investment income deficit increased by 27.2%, from $8.9 billion to about $11.3 billion, as a result of the following developments: and interest and dividends from non-resident investments in Egyptian bonds and securities. At the same time, investment income receipts increased by $259.1 million to $579.2 million from $320.1 million in the corresponding period, mainly due to higher bond interest and dividends. and foreign titles.

The increase in the current account deficit was mitigated by the following positive factors:

The services surplus widened by $4.8 billion to $7.9 billion, mainly due to the following factors: the outbreak of the Russian-Ukrainian crisis. o Transport revenue increased by 27.8% to $7bn (from $5.5bn), mainly due to Suez Canal revenue up 16.9% to $5.1bn against $4.3 billion.

The oil trade surplus increased by $4 billion, to register $4.1 billion well above the $174.9 million in the corresponding period. This was the main result of the increase in the value of natural gas exports to $5.6 billion, of which $2.5 billion was recorded in October/December 2021 and $2.6 billion in January /March 2022, triggered by the notable escalation in world prices, the increase in exported quantities, and the opening of new markets in Turkey and Europe, mainly in Italy, France, Spain, Croatia and Greece.

Regarding the capital and financial account, net inflows decreased by 36.6% in July/March of the financial year 2021/2022 to only $10.8 billion, compared to $17.1 billion for the period corresponding. Here is a review of the main developments:

Portfolio investment in Egypt grew from a net inflow of $16 billion to a net outflow of $17.2 billion, mostly in January/March 2022, which saw net outflows of $14.8 billion . This reflected investor concerns about the Russian-Ukrainian conflict which could escalate into World War III, as well as restrictive monetary policies adopted by the Federal Reserve leading to speculative capital outflows from emerging markets.

Changes in CBE liabilities showed a net inflow of $16.4 billion, of which $14.1 billion was recorded in January/March 2022, representing mainly deposits from Arab countries.

Net FDI in the non-oil sectors increased by $3.9 billion, to record a net inflow of $9 billion, of which $4.6 billion was recorded in January/March 2022), following this follows: Net flows for green investments or corporate capital increases increased by $1.5 billion to $2.6 billion, of which $208.2 million went to green investments. Proceeds from the sale of businesses and income-producing assets to non-residents increased from $2.2 billion to $2.3 billion. Net inflows for real estate purchases by nonresidents increased by $189.8 million to $643.5 million; and the net surplus of retained earnings and credit balances stabilized at $3.5 billion.

Second: FDI in the oil sector

FDI in the oil sector recorded net outflows of $1.7 billion (against only $322.5 million over the corresponding period). This came as a result of:

The increase in outflows, representing the recovery of exploration, development and operating costs previously incurred by foreign partners, to $5.4 billion from $4.6 billion.

Next Rahul Gandhi embraces his lineage as 'family of sacrifice', calls obsessive haters in Congress 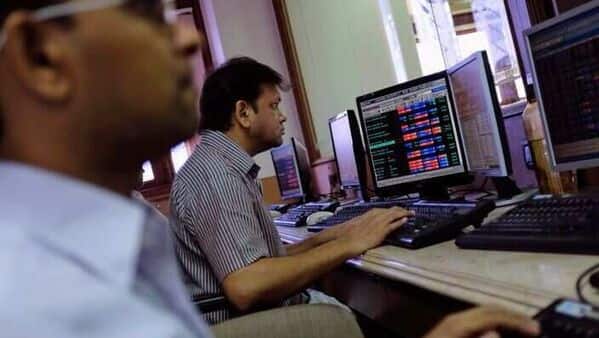